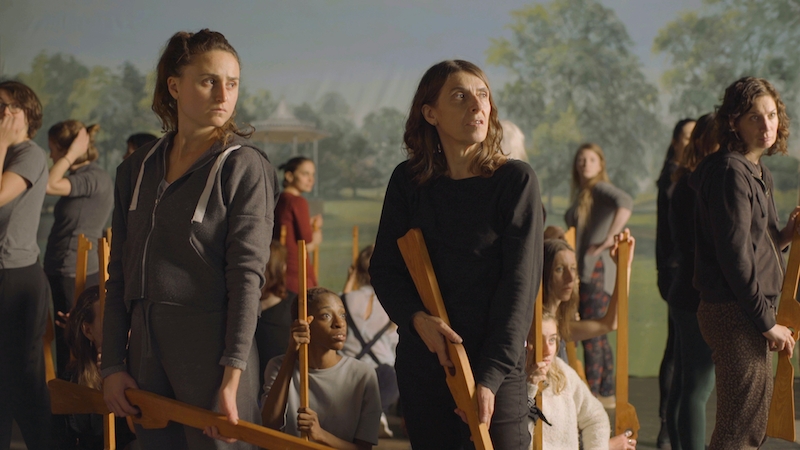 The camera follows the actions of a group of contemporary women as they engage in a self-defence workshop. They run through both violent and non-violent strategies developed by feminist activists in the past, in order to combat police violence. We see the women engage in a learning process in which they struggle to overcome the taboos surrounding female aggression and anger. As they rehearse movements and practise Jiu-Jitsu throws, the participants build up to a recreation of an archival photograph of The People’s Army – a self-defence group that was part of the East London Federation of the Suffragettes (ELFS) – posing with guns in Victoria Park, London, around 1914. The video’s ultimate image is something like a tableaux vivant, or a moving history painting, which takes place in front of a painted theatrical backdrop of the park.

Today the history of the suffragette movement is celebrated in the UK, but what is often left out is that in their time they were considered to be terrorists by the state and the police. This level of demonisation by the authorities is an experience shared by many in the contemporary activist groups that I spoke with during my research for this project, underlining the violence with which those in power continue to respond to struggles for equal rights. 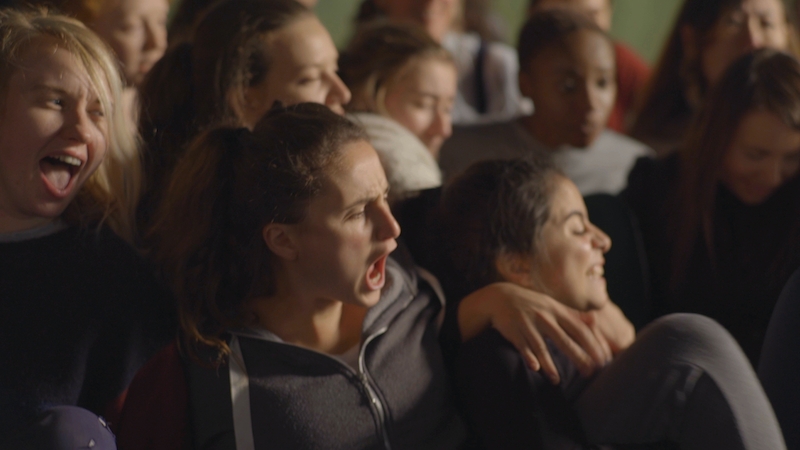 Women will never win... until we have an army... marching with sticks and stones from the East End of London and other parts, to make themselves terrible to the Government – an army strong enough to imprison the Cabinet Ministers in their official residencies or in Parliament... Our People’s Army is ready now, and all of you are armed. 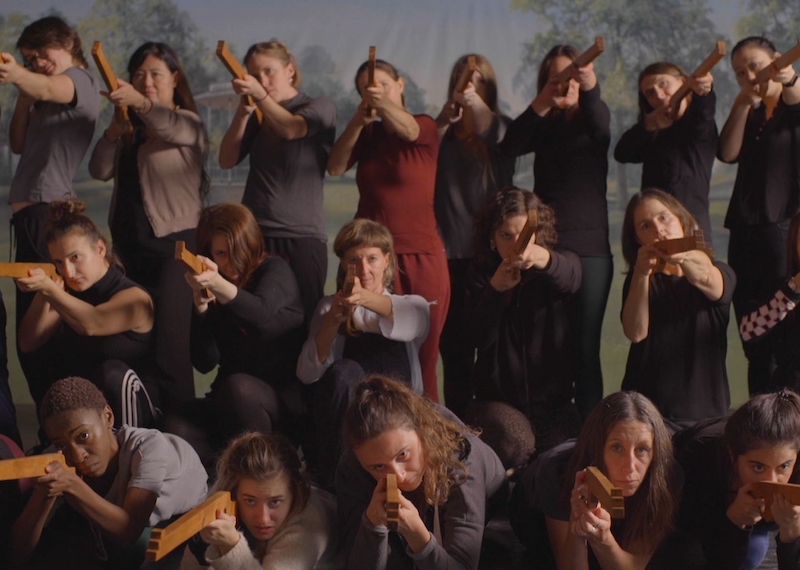 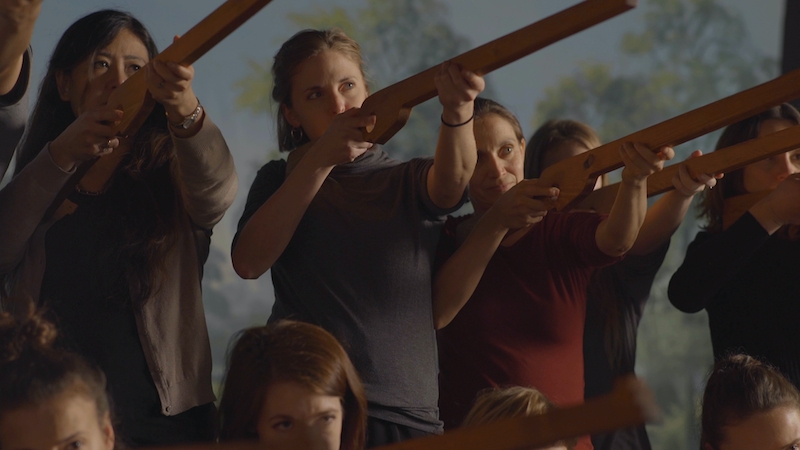 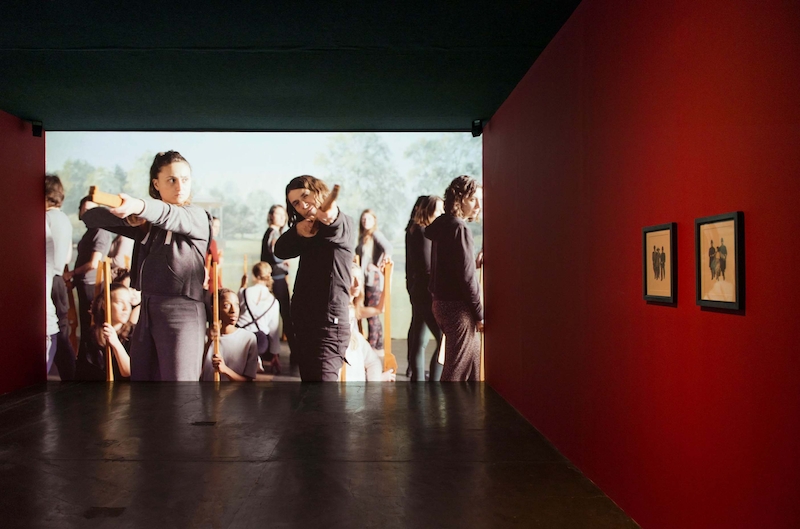 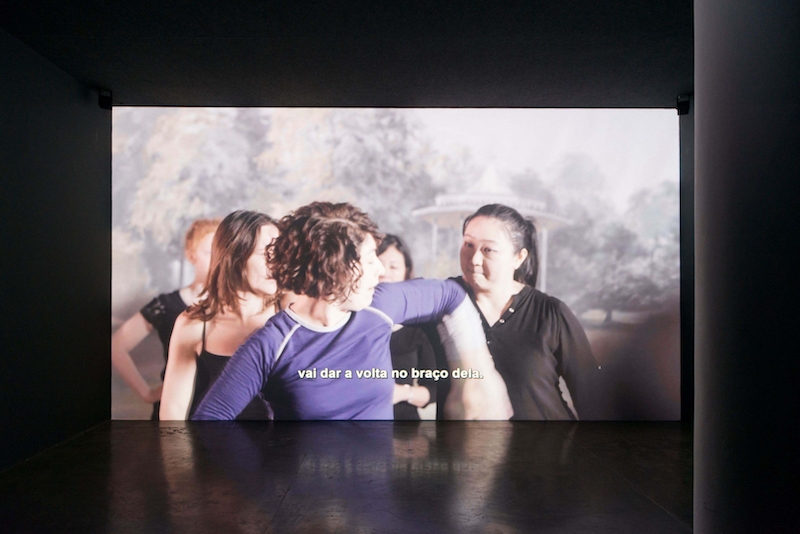 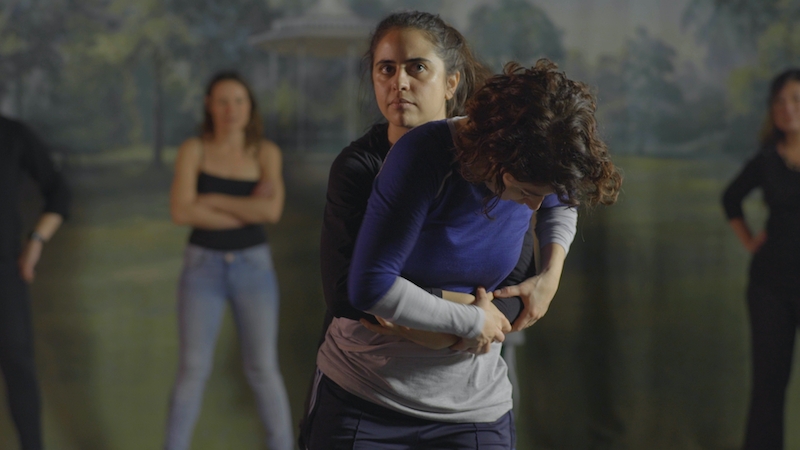 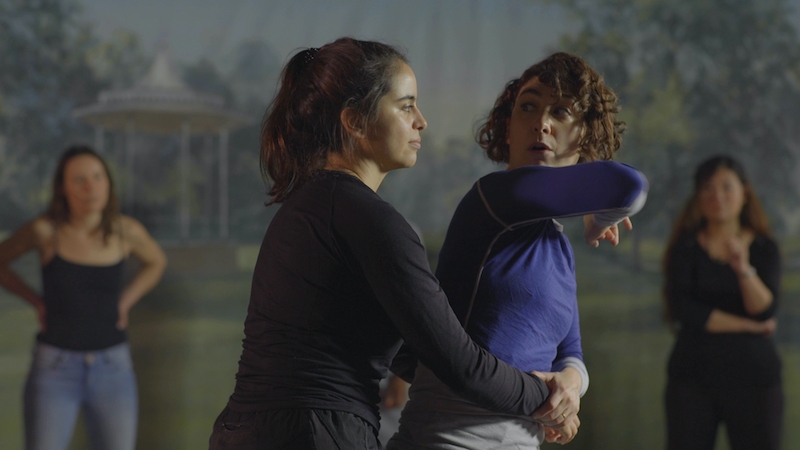 In exchange for taking part in the film, participants received a whole day of self-defence training with movement director Jennifer Jackson. We provided lunch and a crèche with free childcare, so that those with children could attend. Other historical sources referred to in the video included Women Against Pit Closures, who played an important role in the miners’ strike of 1984–85, and Greenham Common Women’s Peace Camp, an anti-nuclear protest from 1981–2000, which several of the women present had participated in. 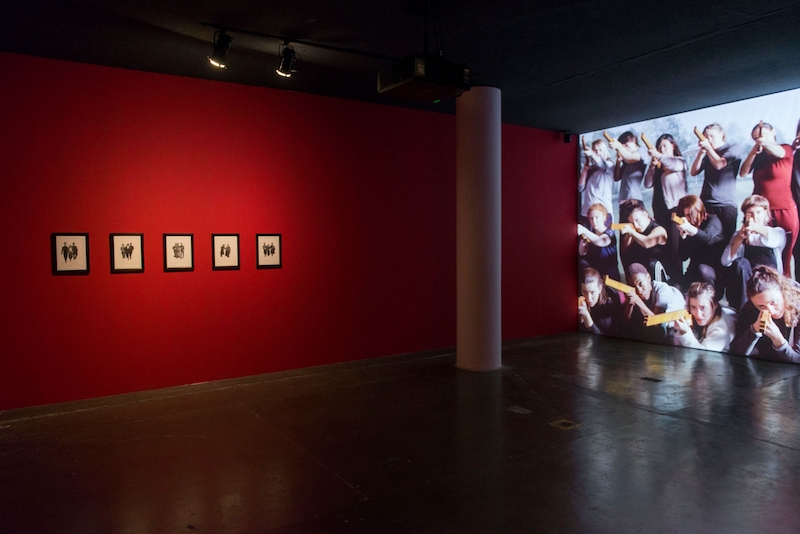 The pencil drawings which accompany the video installation in the Bienal de São Paulo, are based on early twentieth century press photographs of suffragettes being apprehended by the police. Each image in the series shows a different woman being arrested by male police officers, which demonstrates, through repetition, the level of persistence necessary to force through political change. These suffragettes are shown in all their individuality, whereas the identities of the men are masked by their uniforms, and the actions they perform are indistinguishable from those of the police officers who violently break up protests today. 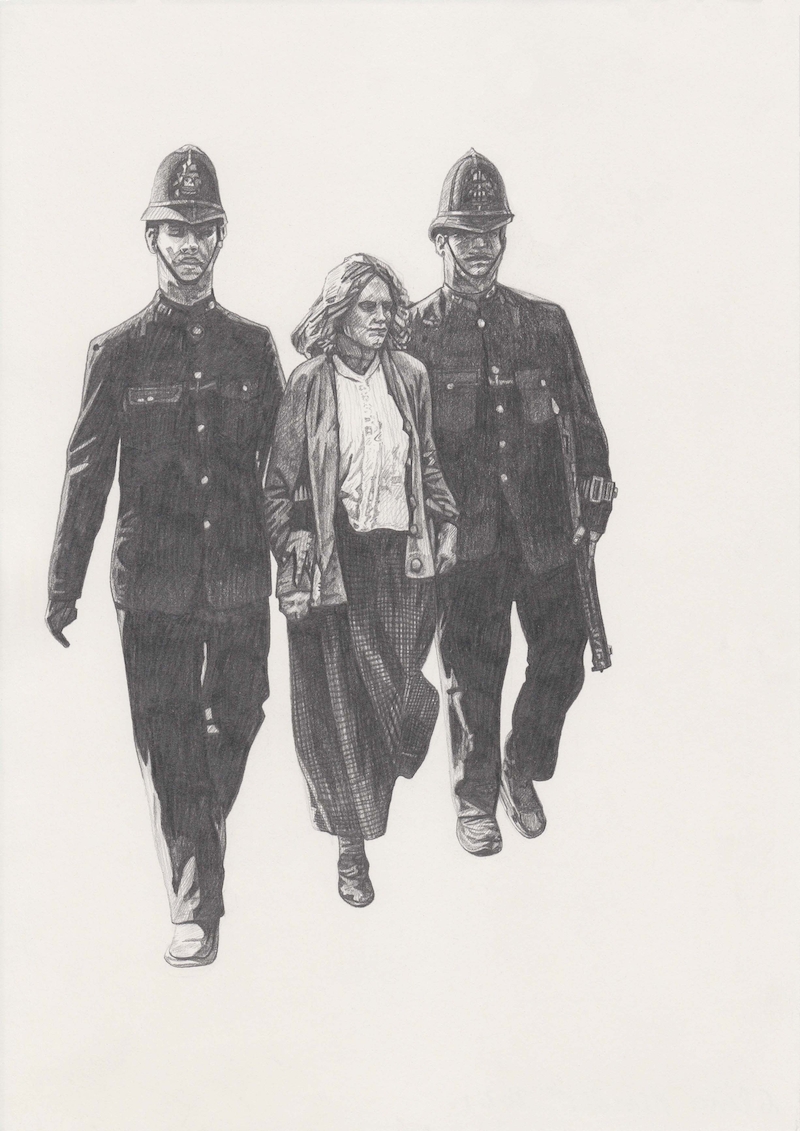 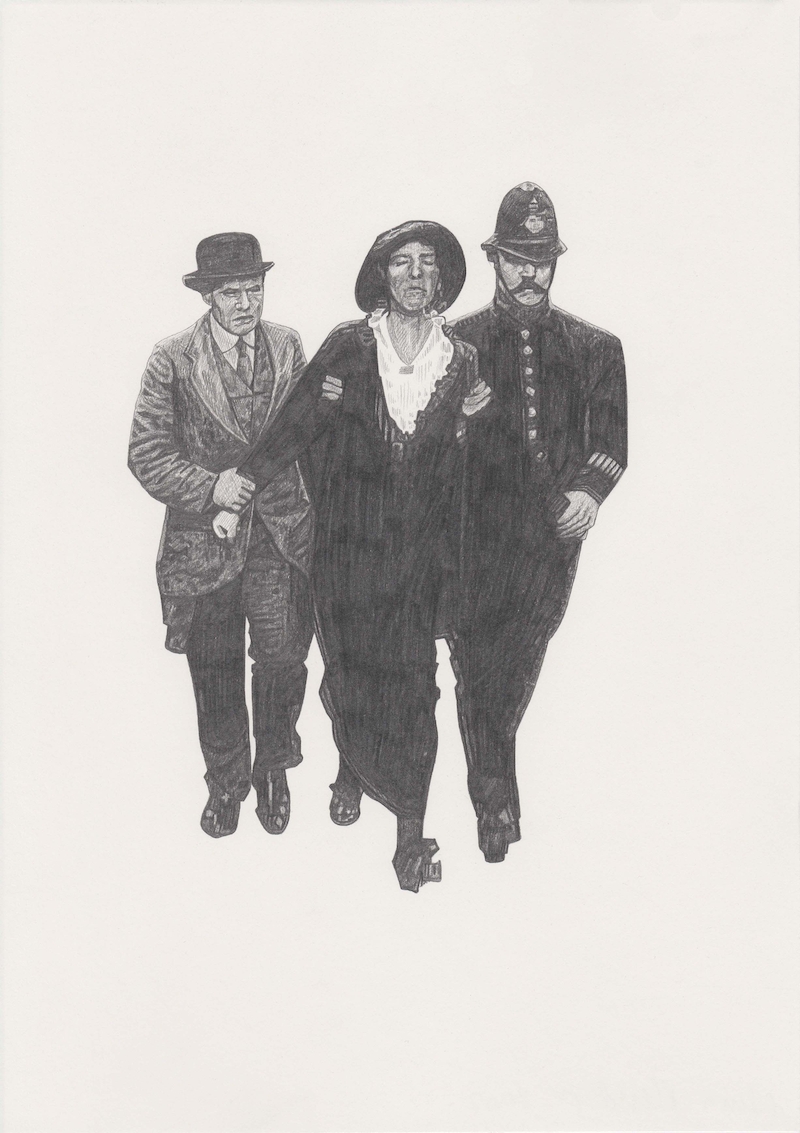 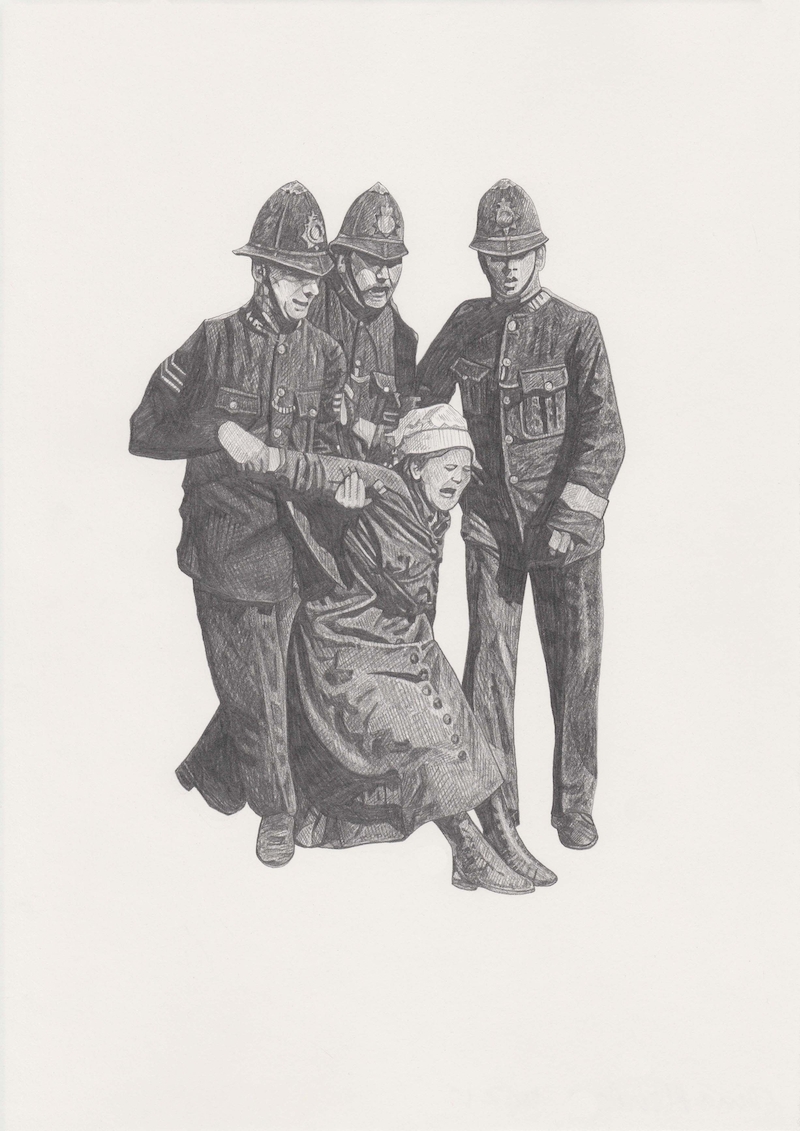 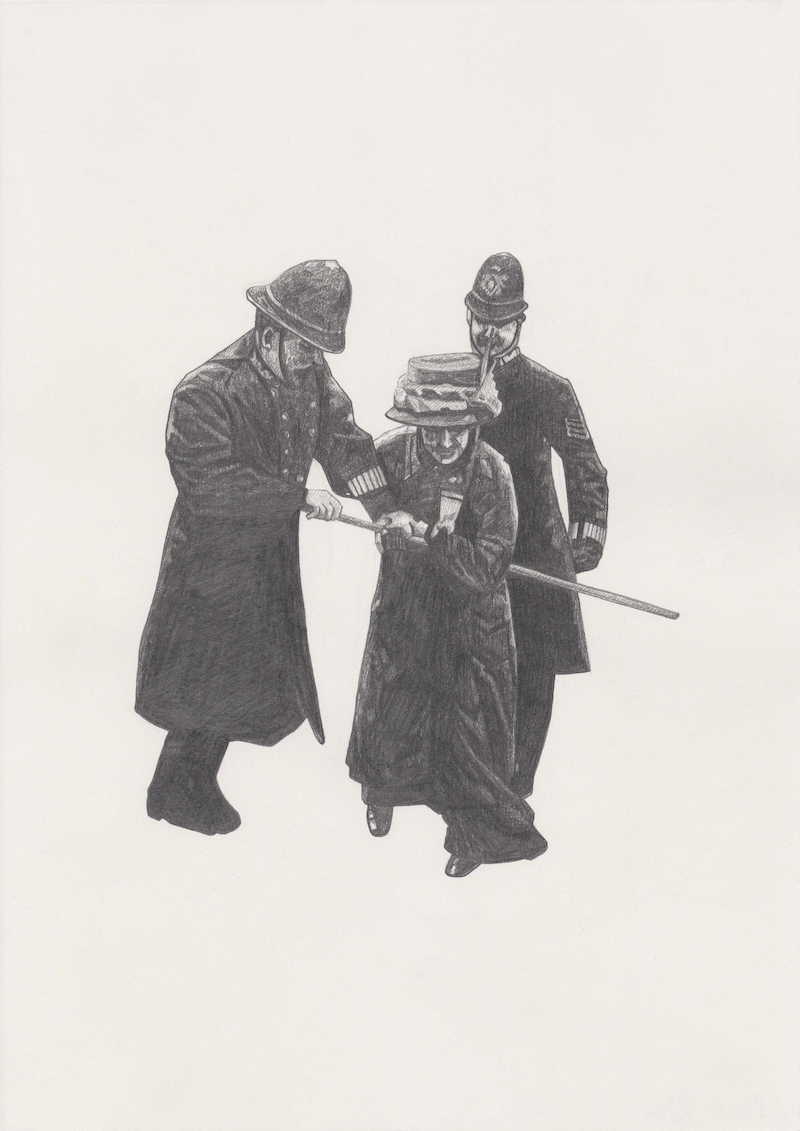 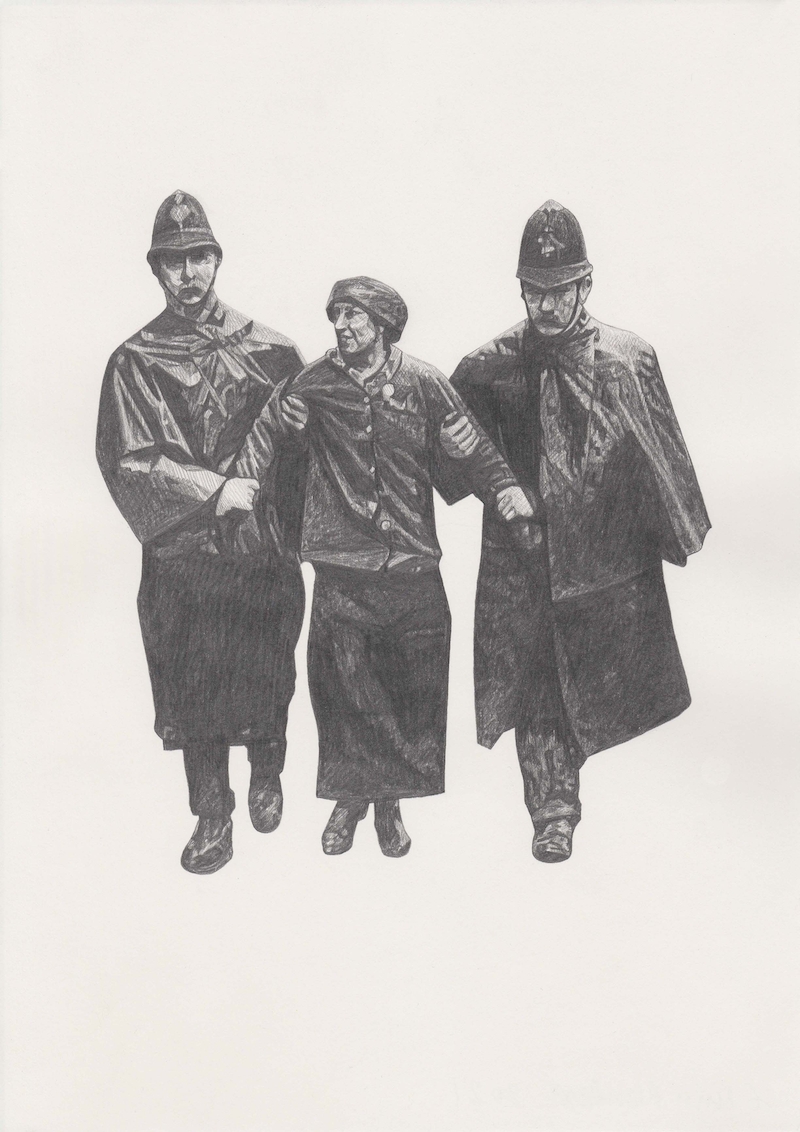 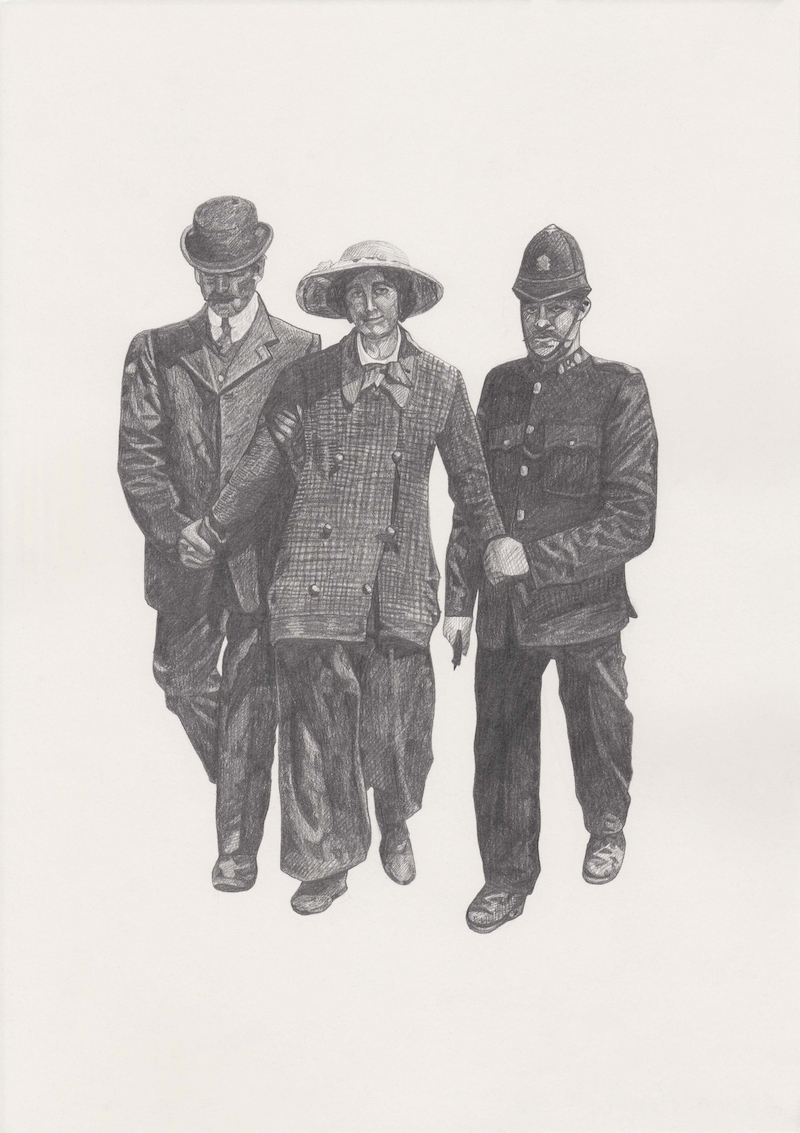 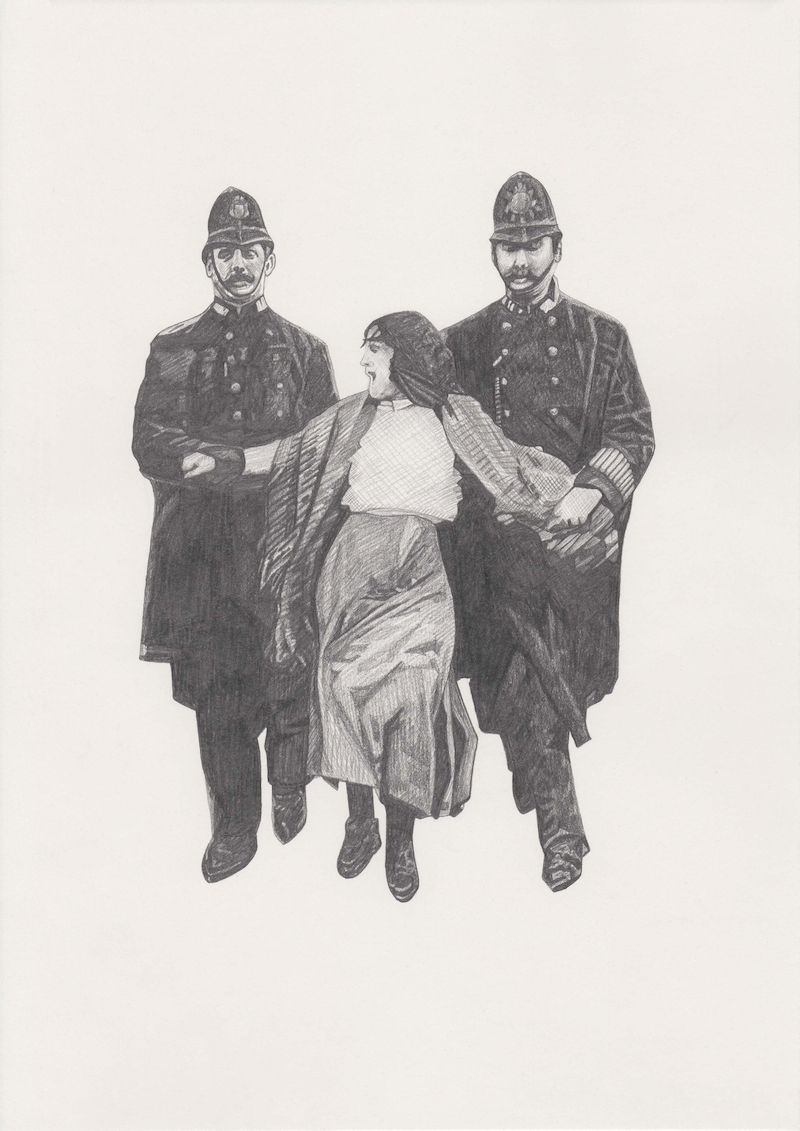 The video was originally commissioned by the Institute of Contemporary Arts (ICA), London, and is a companion piece to the project ‘Neither Strivers Nor Skivers, They Will Not Define Us’.

Olivia Plender and Ed Webb-Ingall in conversation about Hold Hold Fire at the Institute of Contemporary Arts (ICA), London, 2019